The KISS Show!! With Gilbert Neal and Ken Ray Wilemon

The KISS Show!! With Gilbert Neal and Ken Ray Wilemon:

Lips - Beck (1971?) The original version of “Beth”, obviously from a cassette. This band never released anything. Lips was born the night Criss's previous band Chelsea died.  While the material they would develop was similar to the material Chelsea had done, several later KISS songs were born in this period.  "I know you love complainin'..." Wicked Lester - Too Many Mondays (1972) Turn up the volume to hear at comparable volume. It speaks to how Kiss would have turned out if they hadn't decided on the gimmick we all know. Bernard E. “Bernie” Waldon, age 77, passed away June 27, 2012, in Brooksville, Fla. He was born in Crawfordsville to Floyd and Agnes Waldon. He graduated from Crawfordsville High School and moved to Indianapolis in 1965. Bernie worked in radio for several years at WILO, WHOW and WIRE in Indianapolis, and WZIP in Cincinnati. He was a musician working with several Country and Bluegrass groups mainly the Indiana Band and Bluegrass Partners. He appeared on radio and television, was a guest on the Grand Ole Opry and Renfro Valley Barn Dance. Bernie retired from Emery Worldwide in 1977, prior to that he worked for Purolator Courier. Bernie was a private pilot and past president of the Indiana chapter of the Antique Airplane Association of which he was a national lifetime member. He also belonged to the Aircraft Owners and Pilots Associations, the Experimental Airplane Association and the Luscombe Association. He served eight years in the Indiana National Guard.

Billy Dee Williams - A Taste Of Honey (1961) This was the first version of what would become a very popular war-horse for singers all over the world. Another trivia question! Who did it first? Lando California.

Jean DuShon - For Once In My Life (1966) This was the first version of what would become a very popular war-horse for singers all over the world. Another trivia question! Who did it first? Jean DuShon. Jerry Jeff Walker - Mr. Bojangles (1968) This was the first version of what would become a very popular war-horse for singers all over the world. Another trivia question! Who did it first? Jerry Jeff Walker. He also wrote it. Jan and Dean - Laurel and Hardy (1966-1969) In response to market forces, Jan and Dean decided to go all out and record a psychedelic album of their own. In the process, Jan got into a car crash that left him somewhat debilitated. The album was finished by 1969. While presented as a Jan and Dean album, Jan Berry (even though he wrote and produced the material) only played and sang on a few songs due to complications from his car accident. Dean Torrence, who by that time had become disillusioned with the duo's prospects, only appears on one song. Glen Campbell made some contributions to the sessions, and singer Tom Bahler performed lead vocals on several songs. Tom Bahler wrote "She's Out of My Life" for Frank Sinatra. He never sang it, but Michael Jackson did on Off The Wall. Bahler also wrote the Bobby Sherman hit "Julie, Do Ya Love Me". A song I wrote and sang in my mind for Julie Pawlowski of Emporium Avenue, West Seneca, NY, 14224.

This song was co-written by Roger Christian, who co-wrote several songs for The Beach Boys, mostly about cars, including "Ballad of Ole' Betsy", "Car Crazy Cutie", "Cherry, Cherry Coupe", "Don’t Worry Baby", "In the Parkin' Lot", "Little Deuce Coupe", "No-Go Showboat", "Shut Down", and "Spirit of America", all of them penned with Brian Wilson.

And Roger Christian was from Buffalo, NY. We rule. 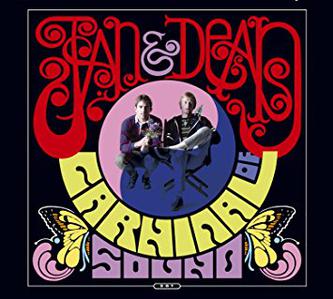 Jan and Dean - The Universal Coward (1965) You have to hear this to believe it.

Kathleen McCord was born to Bill and Ann McCord. Both of them were in the show business: Bill was a radio and television announcer at NBC, whilst Ann was a singer who sang backup on Perry Como's TV show and hit records like "Catch a Falling Star", "Round and Round" and "Magic Moments". She was introduced to Chip Taylor by her brother, Billy Vera (who had a big weepy hit with "If I Could Just Hold You Again") when she was 16 years old. She has something to do with Kiss. I forgot.